Bronxville Police Blotter and Other Statistics 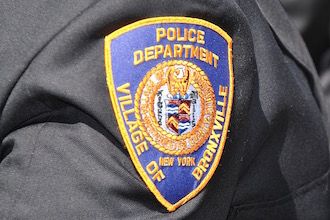 Nov. 10, 2021: The following entries are from the Bronxville police blotter:

October 1, 2021, 12:03 am, Alder Lane: A ring camera captured a male attempting to enter a vehicle parked in a driveway. Nothing was stolen.

October 4, 2021, 10:48 am, Parkway Road: A homeowner reported that government identification cards and passports went missing during his move. Said documents were mailed to his old address and received by an unknown person. The incident is being investigated.

October 9, 2021, 7:50 pm, Pondfield Road: A 46-year-old man of Tuckahoe was charged with Aggravated Harassment in the 2nd Degree after it was alleged that he made threatening phone calls to the victim and then did show up at the victim’s place of employment in Bronxville. The man was processed and released on his own recognizance pending his next court appearance.

October 15, 2021, 12:12 am: Officers responded to a 911 call regarding a domestic dispute. A domestic incident report was completed.

October 16, 2021, 2:28 am, Sagamore Road: A catalytic converter was removed from a parked vehicle overnight.

October 19, 2021, 1:13 pm, Police Headquarters: An arrest warrant issued by the court was received by the Police Department.

October 25, 2021, 8:23 am, Palmer Avenue: A second floor office was burglarized. Damage was caused to the door, and camera equipment was stolen. The incident is being investigated.

October 25, 2021, 5:21 pm, Stone Place: An office suite was burglarized. No items were stolen. The incident is being investigated.

October 31, 2021, 3:56 pm, Park Place: A Starbucks employee called 911 to report a customer causing a disturbance and refusing to leave. The customer left the area on her own accord as Officer’s arrived.

Below are selected statistics for January through October in Bronxville.  This information is from the October monthly report of the Bronxville Chief of Police.