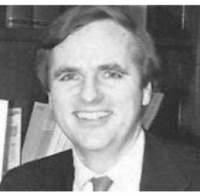 Gordon was born in 1946, the son of Professor C. Lowell Harriss and Agnes Murphy Harriss. He graduated in 1964 from Bronxville High School, in 1968 from Columbia College, and in 1971 from Columbia Law School, where he was Articles Editor of the Law Review with his friend and classmate, Lee Bollinger.

After clerking for Judge Paul R. Hays of the United States Court of Appeals for the Second Circuit and Justice William H. Rehnquist of the United States Supreme Court, Gordon in 1973 joined the law firm now named Davis Polk & Wardwell LLP. In close-to-record time he was made a partner in 1979. At Davis Polk, from day one, Gordon won the esteem and affection of all his colleagues. Remembered by those who knew him as a rare lawyer possessed of both a wide-ranging scholar's knowledge of law and razor- focused "street smarts," he consistently produced the best possible outcomes for his clients.

Among other achievements, Gordon originated the legal concepts that led to the final resolution of the Johns-Manville bankruptcy, which protected the jobs of the company's 14,000 employees and channeled the cash flows into equal and fair compensation for injured persons. Those concepts have since been followed more than 50 times by companies with the same types of problems.

Unfailingly patient and cheerful, Gordon was available at all times for advice sought by his colleagues of all experience levels. When not advising colleagues, he was always working on matters involving extremely difficult legal analysis and supremely challenging brief writing. His integrity, kindness and generosity shone through everything he did.

Undeterred by his struggle with MS and always smiling, Gordon was engaged in the law until his retirement from active practice in 2009, when he became Senior Counsel to the firm.

Gordon chose to raise his family in his hometown of Bronxville, and fought, bravely and fiercely, to have his final moments in the comfort of his home.

An avid sports enthusiast - a lifelong fan of the Yankees and Giants in particular - Gordon especially enjoyed participating in the defense of the National Football League against an antitrust attack from the now-forgotten United States Football League, and he kept in his office a framed copy of the jury verdict assessing the USFL's damages of only $1.00.

In addition to supporting his beloved teams through thick and thin, Gordon was a voracious reader of history, classical literature and grand adventures. In his younger years, Gordon traveled extensively worldwide and was known to play a hand or two of poker.

Nothing, however, could compete with his love of his family, which grew significantly in his later years when he became a grandfather several times over. Gordon is survived by his wife, Elizabeth; his sons Christopher (Sarah Whitney) of Pelham, NY and Matthew (Melissa Coffas) of Scottsdale, AZ; four grandchildren, Abigail, Jack, Luke and Trent; his sister Martha of Manhattan, and his sister-in-law Lucinda of Greenwich, CT. His sister Patricia and brother Brian predeceased him.

There will be a Memorial Celebration of his life at the Bronxville Field Club on March 4, 2023 at noon.