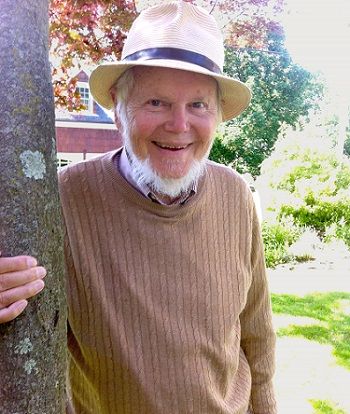 Tash attended St John's Prep and St. John's University (New York) and earned his Bachelor's degree in English. Tash then earned a Master's in English from St. John's University and a Master's in Education from Columbia University Teachers College. Adept in scholarship, Tash earned his third Master's and his Doctorate in Sociology at the New School for Social Research. After a five-decade-long career of scholarship, teaching, and giving effect to his principles through reasoned advocacy, Tash retired at 75 years old as the Program Director and a tenured professor of Sociology and Social Psychology from Mercy College. He also lectured at other colleges and universities such as Baruch College CUNY, SUNY Purchase, Long Island University Graduate School, and The University of Groningen (the Netherlands).

From the late 1970s until the early 1990s, he participated in one of the earliest teaching programs at Sing Sing and Bedford Hills correctional facilities, at a time when the incarcerated population in New York State was exploding. He performed research on and reported to the State of New York so as to support state authorities in assessing the appropriateness of interventions, in for example a published report: "Teaching Sociology to Inmate Populations", and developed a more complete study on recidivism: "The Impact of Post Secondary Education Programs on Student-Inmate Populations". His results and conclusions also offered the basis for preparing interventionist alternatives to incarceration, pointing well-advised readers to the reasoned way out from excesses that marked the 1980s and 1990s policy landscape.  Today's prison population is a mere fraction of what it was then.

Dr. Tash's other simultaneous research focused on social stratification and social change. His book "Dutch Pluralism: A Model in Tolerance For Developing Tolerance For Developing Democracies" is a historical/sociological  perspective on social integration of migrant and religious minorities, using the observed experience in the Netherlands as a suggestive model framework to examine and perhaps better manage social integration anywhere. Tash also published a monograph "Health Care in the Netherlands" and co-edited four editions of a college text "Classes in the Social and Behavioral Sciences;" he was trusted  by other authors for his observations, extensive experience, and sound judgment.

A child of New York during the Great Depression and WWII, he enjoyed double features and baseball games with his younger brother William Tash now deceased. He served in the United States Army in Iceland, 1953-55, where the task was to observe Russian submarine movements. After discharge, he attended French Language courses at the Sorbonne (Paris, France) and traveled extensively around Western Europe. While traveling, he met Johanna Winter of Amsterdam, whom he married in Paris on July 14, 1960.

Although they established their home in the North East region of the United States from 1961 onward, he and Johanna continued to travel and to throughout his life, especially in Western Europe. Maine was nonetheless the homeland to which Tash was particularly partial, and where he had deep family roots and spent his childhood summers. He brought his children up with the same attachment to their Maine summers and heritage. An avid reader of philosophy, literature, and news media, he was known for his gift of conversation, storytelling, and good humor.

Tash loved games: he taught his children chess, was unbeatable at Trivial Pursuit, and every Sunday, he would solve the New York Times crossword. He enjoyed music especially classical to jazz genres and entertained those around him with his harmonica playing. Tash is affectionately remembered by family, friends, colleagues, and former students.