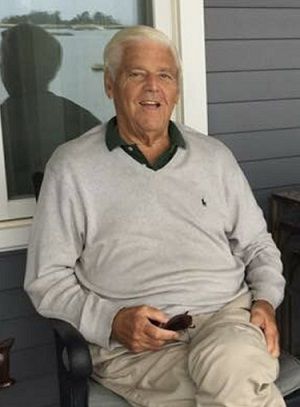 Following his early school years at Bronxville and The Manlius School, Bud graduated from Avon Old Farms and attended the University of Virginia. After a brief stint in the army, he joined American Oil as a salesman before accepting a position with Besson Oil a decade later. Within six years at Besson he became its owner. He sold the company (established in 1835) in 2019 after fifty years of stewardship.

Bud’s ties to Bronxville ran deep. Leonard Morange Square is named for his uncle, the first village son to perish in World War I. His grandfather, Edward Morange, was a partner in the development of Sagamore Park. Bud may best be remembered by some as a preservationist. He advocated for the creation of Bicentennial Park, rallied supporters for the Bronxville Pops concerts when funding was dropped, and saved the Alexander Masterton homestead from demolition and redevelopment by purchasing it in the late eighties. Restoring the 1835 Greek Revival was one of his favorite accomplishments.

Bud was an avid boater. Upon seeing his first boat at the dock of the American Yacht Club, his mother Leila quipped, “That’s Outrageous!” The name stuck. Proving the adage that (perhaps) the happiest days in one’s life are when you buy your boat and when you sell it, Outrageous was followed by Fuelish, Finale, and Encore (purchased in his eighties). Bud also loved cars, especially Lincolns. His 1940 Zephyr and 1967 Lincoln Continental Convertible were prize winners at various shows around the Northeast and often seen in Bronxville’s annual Memorial Day parade.

But more than anything, Bud cherished his family. He met the love of his life, Roberta Dickinson, in Litchfield (CT) where they married in July 1953 and began a truly remarkable journey of a life filled with love and laughter. They set an incredible example for their four children: Dale (David) Walker, Kim (Jim) Flynn, Robin (David) Johnson and Steve; five grandchildren Laura (Jonathan), Bob (Jacki), Audrey (Travis), Caitlin, and Greg (Ali); and great granddaughters Avery, Evelyn, Juliana and great grandsons Luke and Kade. He was predeceased by his parents (Leland and Leila) and his beloved sister Joan.

Donations may be made in Bud’s name to the Rotary Gift of Life https://giftoflifemetrony.org or to the charity of one’s choice