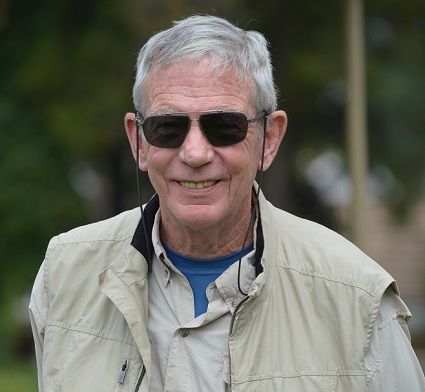 Dec. 15, 2021: Harold Barndt Hauptfuhrer (Barney/HB) of Fort Pierce, Florida, formerly of Bronxville, New York passed away among family and friends at his home on October 22, 2021, at the age of 78.

He was born July 7, 1943, in Eureka, California, to Albert F. Hauptfuhrer and Catherine M. Mulligan.  He was raised in Philadelphia, Pennsylvania, and graduated from the Admiral Farragut Academy.  He enlisted in the U.S. Marine Corps at the age of 17 and was sent to Parris Island for basic training. As an enlisted Marine, he was on a ship poised for intervention in the Cuban Bay of Pigs incident. He was sent by the Marine Corps to the Naval Academy Prep School (NAPS) and then took a fleet appointment to the U.S. Naval Academy where he graduated in the class of 1966. After graduation, he attended flight school at Pensacola and went on to serve in Vietnam as a naval reconnaissance pilot flying F-4 Phantoms.

He was honorably discharged as a Captain in 1971, and went on to receive an M.B.A. from The Wharton School and joined Solomon Brothers in bond sales and trading, working in Philadelphia, Chicago and New York.  He subsequently joined Morgan Stanley and A.G.Becker/Paribas, and then formed his own firm, Three Crown Capital, focused on government bond sales and trading and commodities.

He was an avid golfer and a member of Siwanoy Country Club in Bronxville for many years.  He was active in community affairs and was the President of the Bronxville, Eastchester, Tuckahoe Community Fund, among other activities.

He retired to Florida in 1998.  While he remained active in trading, he spent most of his time pursuing his lifelong dream of traveling the world.  His most memorable trip was hosting a two week African safari for his closest friends and family to celebrate his 70th birthday.

He is survived by his four children Jonathan (Laura), Elizabeth Leigh, Catherine (Ian) and Benjamin Colman; his sisters Ruth and Carol, a brother Robert, and half-brother Fred, six grandchildren, Kyle, Reika, William, Harvey, Liam, and Louisa; various nieces and nephews; as well as a family of close, loving friends, all who will feel his loss deeply. He was predeceased by his parents and half-sister, Sandra Stewart and his niece Mary Ellen Stewart.

Memorial Services are planned for July 2022 in Fort Pierce, Florida.

As a strong advocate of service to country as well as the importance of education, in lieu of flowers, the family has requested that memorial contributions be made "In Memory of Harold B. Hauptfuhrer" directed to the NAPS Academic Center, which provides support for tutors, learning skill instructors, and workshops for USNA midshipman candidates.

Donations by mail may be addressed to the attention of Liz Root, Director, Gift Administration, U.S. Naval Academy Foundation, 274 Wood Road, Annapolis, Maryland 21402, by phone (410) 295-4115 or made online www.usna.com.