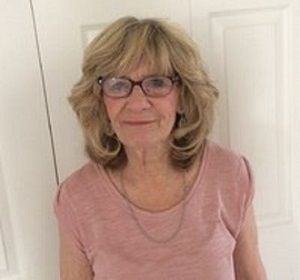 She was born in New York City on May 20, 1948, the daughter of Virginia Binford Turner and Harold McLeod Turner, Jr. Louise grew up in Bronxville, New York, where her acting talent was evident at a very early age. At seven, she was cast as the pregnant Virgin Mary in the 2nd grade Christmas play. Enthusiastically improvising her part, she hurried around the stage urgently looking for a place to give birth. Afterward one audience member observed that clearly "Louise had talent." She graduated from Bronxville High School in 1966 and earned a B.A. in Theater at Smith College in 1970. One of her classmates, the actor Mimi Kennedy, observed that Louise was, at Smith, "a firecracker, a daretaker, at once a challenge to anything decorous and utterly capable of decorum when required by her own lights."

In 1971, she entered the prestigious Neighborhood Playhouse School of the Theatre's two-year program in New York City, where she studied with Sanford Meisner, a leading acting teacher. He trained some of the most famous performers of the stage and screen. Louise was one of the few students asked to return for the second year.

Louise pursued an acting career, achieving an Equity card and appearing in national television commercials as well as on the stage. One of her most notable roles was a lead in "Bunnies 76", a show designed specifically by Hugh Heffner Productions to open a new Playboy Club venue in New York.

After eight years of full-time acting, Louise embarked on an academic career, earning an M.A. in Theater at Columbia University in 1981. In 1986, Louise married Larry Mallory and, on October 2, 1988, gave birth to twins Thomas Binford Mallory and Laura Putnam Mallory. After the marriage ended, Louise, as a single mother, taught theater at various Long Island colleges, including St. Joseph's College and Suffolk Community College. Winning the coveted DeVitt-Jones scholarship to study at Texas Tech University, Louise and her twins moved to Lubbock; she earned the unique Ph.D. in Fine Arts (Theater) degree in 1999. Thereafter she served as a Visiting Assistant Professor at Texas Tech.

At Texas Tech University, Louise met the love of her life, John Stinespring, whom she married on her 50th birthday, with her son Tom serving as ring bearer and daughter Laura as flower girl. John and Louise were deeply in love their entire lives together. Tragedy struck in 2005 when Tom died suddenly, but the personal strength of his twin sister, Laura, and the profound bond between John and Louise sustained the family.

After moving with John to Sarasota in 2007, Louise became an active member of the Sarasota theater community. In addition to writing, directing, and co-producing a series of theater pieces at Home Resource, a contemporary furniture store in Sarasota, she served for several years as an adjudicator of Theater Odyssey's One-Act Play Festival and gave private acting instruction.

Shortly before her death, Louise and her co-author Alan Kitty finished writing "China Patterns," a reading of which was performed, serendipitously, on the day of her passing under the auspices of the Sarasota Area Playwrights Society.

In addition to her husband, daughter, sister, and brother, Louise is survived by two grandchildren whom she loved dearly, Bennett Thomas Meeks and Wyatt John Meeks.

A memorial is being planned for some time in the spring.