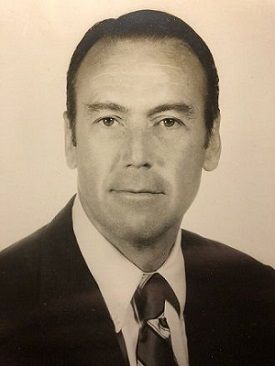 Dec. 8, 2021: Henry C. Clifford died peacefully on December 2, 2021 in Essex, CT. He was born in 1928 in Staten Island, NY, to Henry C. Clifford and Florence B. Clifford. He graduated from the Lawrenceville School and the University of Pennsylvania where he obtained a B.S. in Economics.

After college, he enlisted in the Marine Corps officer training program. He was deployed as a 2nd Lieutenant to Korea in April of 1953, where he joined Able Company, First Battalion, 7th Regiment, First Marine Division. During the conflict, he was wounded and captured, and was repatriated in a POW exchange at the conclusion of the Korean War.

After an honorable discharge from the Marines, he joined the New York City office of the investment banking firm White Weld & Co. where he worked for 23 years. Subsequently, he worked in executive recruiting until his retirement. He was also a Director of American Manufacturing, Mayor of Harding Township (N.J.), and Chairman of the East Hampton (N.Y.) Town Planning Board.

After retirement, Henry devoted a great deal of time to the study of history with a particular focus on the Palestinian-Israeli conflict.

Henry was an accomplished athlete. In 1956 he competed in the Melbourne (Australia) Olympics as a starting member of the U.S. Men’s Field Hockey team, which Sports Illustrated showcased as one of the Olympics’ biggest underdogs. He was an avid and gifted tennis and paddle tennis player, competing in local, regional and national tournaments.

Henry is survived by his sons Henry (Patricia) and Peter (Sarah), his grandchildren Michelle (Matt), Anita, Leila (Fentress), Olivia, Charlie, Brooks, Ellie and his great-grandchild Henry.  He was predeceased by his wife Nikki (née Anita) and his daughter Anita Rich.