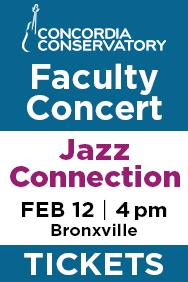 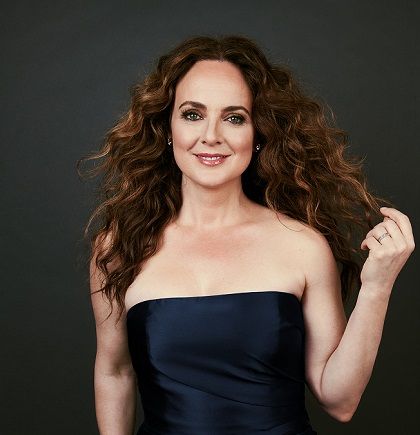 “HAPPY TOGETHER” supports the Conservatory’s ongoing effort to make music available to all. Funds raised will support scholarships and outreach, music and art therapy, concert series, the tuition-free annual holiday community musical, endowment, and unrestricted funds for the Bronxville and Stamford campuses.

Lawrence Dutton of the Emerson String Quartet is the longtime artistic director of the Hoch Chamber Music Series, and this gala concert is part of the Hoch Series.

Concert tickets are $44 adult and $22 child/senior; combined tickets for the concert and dinner-dance are $275. To purchase tickets, visit www.concordiaconservatory.org or call 914-395-4507.

“The Maria Callas of American musical theater,” as Opera News has called her, referencing both her silken voice and dramatic, expressive intensity, Melissa Errico is an actress, singer, and author. First known for her starring roles on Broadway, she has since become a concert, cabaret and recording artist as well; her 2018 album Sondheim Sublime was called by The Wall Street Journal “The best all-Sondheim album ever recorded.” Along with her many appearances singing and playing Sondheim, she is also closely associated with the music of Michel Legrand—having starred in his sole Broadway show, Amour.

In the past few years, her gifts and ambitions as a writer have become increasingly expressed, with a series of much-talked-of essays in The New York Times, touching, with wit, wisdom and insider mischief, on the many unseen aspects of the theatrical profession, from the pleasures and pains of being a “terminal ingenue” to the ambiguities of auditioning to the sheer pleasure of being fitted for a costume, post-pandemic. She is currently at work on a memoir that will include and expand on these “Scenes from An Acting Life”, as the Times, in a rubric specially invented for her work, calls them. Melissa and her family call Bronxville home.

Grammy-nominated conductor, arranger, orchestrator and composer James Lowe continues to garner praise for "beautifully sculpted" (Opera News) performances. He appears regularly with major opera houses in the US and abroad, as well as on Broadway. This season he will make debuts at the Teatro Lirico di Cagliari and Atlanta Opera, and will return to Lyric Opera of Chicago and Arizona Opera. He recently conducted the world premiere of Ricky Ian Gordon and Michael Korie’s The Garden of the Finzi-Continis with New York City Opera at the National Yiddish Theatre Folksbiene. He arranged, orchestrated and conducted Songbird, a new adaptation of Offenbach’s La Périchole in the style of 1920’s New Orleans jazz for the Glimmerglass Festival. He has appeared at San Francisco Opera, Houston Grand Opera, Washington National Opera, the Théâtre du Capitole in Toulouse and Opéra National de Bordeaux.

On Broadway, James Lowe was the Music Director and Conductor of the recent revival of Les Misérables, as well as the Tony Award-winning revival of Cole Porter's Anything Goes, starring Sutton Foster and Joel Grey. He also served as the Music Supervisor for the First National Tour of this production. Mr. Lowe made his Broadway debut conducting performances of Gypsy, starring Patti LuPone.

Mr. Lowe was nominated for a Grammy Award for his work on the Anything Goes cast album released on Ghostlight Records, which he conducted and co-produced. With members of the cast he has appeared on The Late Show with David Letterman, the CBS Early Show and A Prairie Home Companion with Garrison Keillor. He toured North America as Music Director and Conductor of the acclaimed Cameron Mackintosh/National Theatre production of My Fair Lady, and conducted the First National Tour of Adam Guettel’s The Light in the Piazza. He served as US Music Supervisor of the recent North American Tour of The Phantom of the Opera.

Mr. Lowe has appeared in concert with Sir Elton John, conducting his own orchestrations and choral arrangements of Elton’s classic songs, as well as with singer-songwriter Randy Newman and the legendary Booker T. Jones. His arrangements have been performed by Joyce DiDonato, Isabel Leonard, Ailyn Pérez and Nadine Sierra, Glimmerglass Festival and Utah Opera, among others.

To set up an interview or advance feature article with the artists and Kathleen, please call 914-395-4507.

Concordia Conservatory’s mission is to inspire, instruct, and enrich lives through music by offering excellence in education and performance.