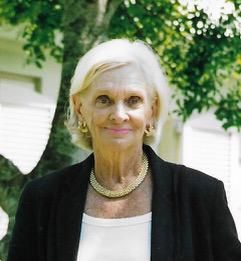 By the Thornton Children

Edna was born and raised in Brooklyn, New York. She and her five sisters were champion swimmers (third from left below), and she was known as the "glamour girl" of the family. 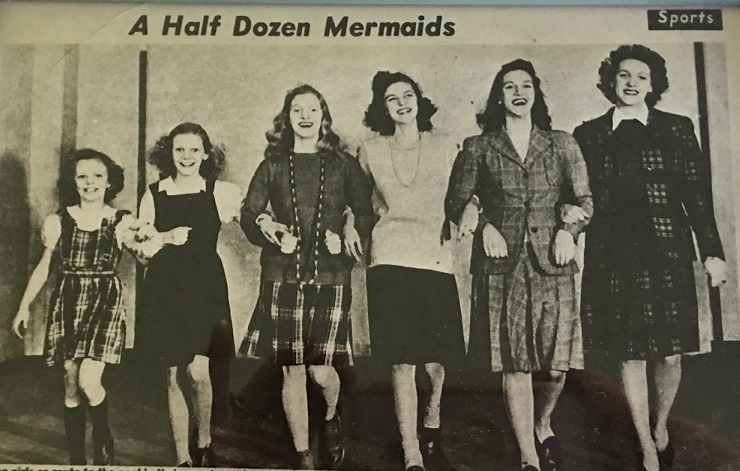 Edna graduated from Notre Dame College in Staten Island, New York. She then went on to teach high school while studying for a master's degree in English at Columbia University.

On a dare, she applied and was admitted to St. John's Law School, one of only two women in her class. She and the three men in her study group remained great friends throughout their lives.

While in law school, Edna married John Vincent Thornton in 1952, and the pair moved to Bronxville in 1955. Edna and John had seven children: John, Nancy, Sarah, Matthew, Mark, Amy, and Laura, two of whom live in Bronxville today. Edna was involved in many local organizations, including the Junior Leagues of Bronxville and New York, the Bronxville Women's Republican Club, New Rochelle College, Sarah Lawrence College, Lawrence Hospital, and the Bronxville Field Club. She also did volunteer legal work in Yonkers for the Mental Health Association and for Legal Aid. Over the years, she enjoyed tennis, biking, ocean swimming, and exercise of all kinds.

Edna and her family spent their summers in Wainscott, Long Island, where Edna was actively involved in the Georgica Association, serving on the Board and heading various committees, including the Rules Committee, which anyone who knows her was an area in which she excelled. She also taught many of the children in the Association how to swim.

While Edna graduated from law school in 1955 and was admitted to practice before the U.S. Supreme Court in 1960, she did not begin practicing law full time until her children were grown. Instead, she raised her family and was a supportive partner to her husband in his successful legal and business career. She would say that she always had "a black dress and shoes ready to go." Once her children were grown, Edna worked in the Corporation Counsel's office in New York City before going into private practice with a law school classmate in White Plains, New York, and then starting a real estate practice in Bronxville, which she pursued for three decades, well into her 80's.

Edna lived in Bronxville until 2005, when her husband, John, passed away. She then moved full-time to John's Island, Florida, and continued to spend her summers in Wainscott.

Known for her love of life and people, wide smile, ready laugh, and natural curiosity about the world, Edna was always willing to drop everything to help a friend or child in need. She was a "people person" who never met a stranger and was known for her insightful advice and time-honored sayings. As anyone who spent time with her knew, she never shied away from speaking her mind and offering frank advice or an opinion.

Her book stand was always adorned with the latest non-fiction book on world affairs, which made her knowledgeable and conversant on almost any topic. She also enjoyed travel, the theater and was a championship bridge player until the day she died. She loved decorating and was the first person called in when anyone needed advice or help in this area. She was also known to use a variety of french phrases with her children and grandchildren on a regular basis. At times she would marvel at the things she'd never done: "Do you know," she would say, "I've never baked a cake?" Throughout her life, her homes were filled with flowers, candlelight, warm fires, piano music, bubble glasses, friends, and family.

One of her often spoken sayings and core beliefs in life was this paraphrased quote from Shakespeare's Hamlet.

"This above all to thine own self be true for as night follows day thou canst not be false to anyone."

A celebration of her life will be held this summer in Wainscott.

In lieu of flowers, the family requests donations be made to the Leukemia and Lymphoma Society or the American SIDS Institute.