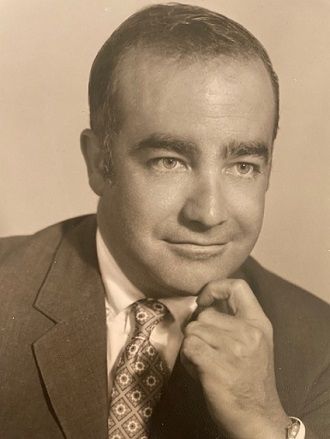 Sept. 22, 2021: It is with profound sadness that we announce that on September 3, 2021, George Lawton Childs, Jr. passed into the hands of God at the age of 86.  George passed away peacefully in his home surrounded by his family and his soul is now in good hands.  He is survived by his loving wife of 50 years, Lorraine Toohill Childs and his three loyal and devoted sons, George Lawton III of Darien, CT, Thomas Toohill also of Darien, CT and Raymond Andrew of Hingham, MA.

George lived a beautiful life.  He was born in New York City on November 9, 1934 to George L. Childs Sr. and Elvira Auletta Childs and moved to Bronxville, NY in 1936.  He graduated from Bronxville High School in 1952 where he was a standout athlete for the Broncos, earning varsity letters in baseball and football.  At 5’3” and 100 pounds soaking wet, he was well known in local sports circles as the “talented but diminutive” quarterback of the varsity football team. His Cuban heritage earned him the nickname “Chico.”  He attended Lehigh University in Bethlehem, PA and earned his B.S. in Business Administration in 1956 and was a member of the Theta Delta Chi fraternity.

Following his graduation from Lehigh, George began his business career at the accounting firm of Peat Marwick & Mitchell.  Subsequently, he served in the United States Army as an enlisted man and officer, becoming the third generation in his family to hold a commission in the US Army. After his service, George returned to his business career, holding various positions at Blyth & Co., the SBIC of New York and Delafield Childs Inc.

In 1975, George founded Condor Management Corp., an investment management firm with a foreign client base, which he managed until his retirement in 2004. During those years, he served on numerous corporate boards of directors, including serving as Chairman of the Board of a commercial bank for eleven years and a member firm of the New York Stock Exchange for seven years. He also served on the Alumni Board of Directors for Iona College in New Rochelle, NY where he received his MBA in 2002 at the tender age of 67.

Despite all his business accomplishments, George was most proud of his family and the friendships that he formed over the years. In addition to his wife and three sons, George is survived by his three beautiful and doting daughters-in-law, Christina Zwernemann Childs, Carolyn Polk Childs and Erin Leigh Childs, and his ten grandchildren, Lily Madelynn, George Lawton V, Phebe Lorraine, Ivy James, Max Austin, Zachary Lindholm, Beau Sheffield, Morgan Lynn, Riley Harper and Lucas Jepson. He loved his family immensely and is incredibly proud of the legacy he leaves behind.

George was known for his devotion to his family, loyalty to his friends, love of country, faith in God and unyieldingly positive outlook on life.  He had impeccable manners, a charming personality and that twinkle in his blue eyes.

George was a passionate golfer and was a member of Siwanoy Country Club in Bronxville, the Candlewood Lake Club in Brookfield, CT and the Union League Club in New York. He played golf strictly by the rules, recorded a hole-in-one in 1994 and won the Senior Club Championship at CLC several years in a row.  He will be forever remembered as a constant presence in the bleachers at his sons’ sporting events and for driving around Bronxville and CLC with the top down in his Mustang convertible listening to songs from the soundtracks to Annie and Oklahoma.

George was laid to rest on September 7 at the Childs family plot at the Oakwood Cemetery in Troy, NY.  A memorial Mass will be held at The Church of Saint Joseph in Bronxville at 10:45 am on Friday, September 24, 2021.  In lieu of flowers, contributions may be made to and the Tunnel to Towers Foundation (www.t2t.org) in honor of our military and first responders and their families.