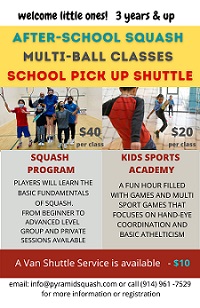 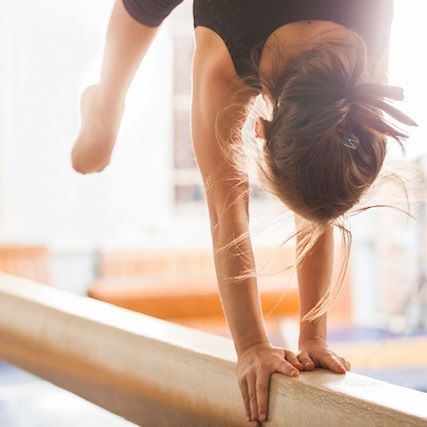 Most recently, gold medal gymnast and Tokyo hopeful Simone Biles referenced her mental health needs and physical safety as she withdrew from multiple Olympic events, provoking both praise and consternation from American viewers and fans. Some were upset that she did not display the mental fortitude to compete to the end, and they criticized her for letting down her country. Others, notably her gymnastic colleagues, supported her decision to prioritize her well-being over the standard practice of self-sacrifice that competitors like Kerri Strug are known for.

Tennis champion Naomi Osaka drew similar opposite reactions when she withdrew from competing in several Grand Slam events—with some people demanding that she display fortitude by staying in the game and others honoring her decision to prioritize self-care. What can we learn by examining this split in reactions and perspectives?

Let’s think first about the variety of mental health disorders these celebrities represent. Simone Biles has not been officially diagnosed, but based on her symptoms and her description of having “the twisties,” in which she lost awareness of her body in space while executing complex moves, she may be struggling with a form of anxiety disorder that prevents her from focusing properly, thereby putting herself at physical risk.

Naomi Osaka, Meghan Markle, Jon Hamm, Tipper Gore, Jim Carrey, and Buzz Aldrin self-describe as battling unipolar depression. Some of them have identified specific life events that functioned as triggers; Jon Hamm has cited his father’s death, and Tipper Gore has pointed to a serious car accident back in 1989 in which her six- year-old son was seriously injured. Meghan Markle has described extreme isolation and a change in lifestyle as triggers. Buzz Aldrin referenced difficulty coping after his return from the Apollo 11 mission; in addition to depression, he struggled with alcoholism, which is often associated with mood disorders.

Pete Davidson, Mel Gibson, and Demi Lovato all self-describe as suffering with Bipolar Disorder. Demi also acknowledges her struggle with Bulimia--an illness also acknowledged by Lady Diana before her untimely death. Oprah and Lady Gaga have been open and vocal about their histories of trauma, and their battles with Post-Traumatic Stress Disorder. Brooke Shields, Adele, and Chrissy Teigen have publicly discussed their experience of Post-Partum Depression.

Prince Harry talks about the acute stress he suffered following his mother’s death, and John Mulaney performs comedy routines dramatizing his struggle with substance abuse. Michael Phelps has become a major advocate for seeking treatment, and mentions having been diagnosed with ADHD as a child. It should also be noted that Bill Gates, Tim Burton, Dan Aykroyd, and Darryl Hannah have confirmed that they are on the Autism Spectrum.

In 1999 Tipper Gore became a trailblazer as the Mental Health Policy Advisor to then President Clinton; she hosted the first White House conference on mental health and continues to be an advocate and activist for good mental health.  In a 2019 talk offered by the Brain and Behavior Research Foundation, she said, “Stigma is an enduring challenge that keeps too many people living with mental illness from getting the support they need and enjoying the lives they want.  But by working together to create an open and equitable culture of mental health in America, we will improve the lives of people and families with mental health needs...”

Simon Biles and Naomi Osaka are two young athletes, 24 and 23 years old respectively, who said to the world--to reporters, their peers, team, and coaches; and to athletic organizations steeped in traditions of rules and demands--that they needed a break. It seems apparent in both cases that the extreme pressure caused by minute scrutiny, endless press coverage, impossibly high expectations, and international fame, in addition to the pressure of one’s entire life’s effort titrating down into critical moments of win or lose, where everything is at stake--were all too much to bear. So they stepped back.

What of their obligations, responsibilities, and commitments? Well, we know now that Simone’s decision created the opportunity for another outstanding athlete, Sunisa Lee, to step forward and win gold. Simone also made it possible for her team to win silver.  If she’d gone forward in a compromised state, they may not have reached the podium at all, and she may have sustained a serious injury. And as this article is being written, Simone has just announced her intention to return to compete in the final balance beam competition.  Whatever the outcome, she is an outstanding athlete, a true role model, and a powerful woman.

What about the vast majority of people who are not celebrities? They too have people in their lives who depend on them, who rely on their ability to perform, to stick it out no matter what the challenges.  What happens when those ordinary people need to take a break?

American culture widely accepts that medical conditions resulting from stress, for example a heart attack, demand a clear response—changes in behavior that lower stress and improve overall wellbeing. Mental health is less tangible, observable, or measurable. There’s no equivalent to an EKG to produce a crystal clear diagnosis. Instead, a diagnosis depends on what people tell therapists about themselves, or in more pronounced cases, what therapists observe in their behavior. Sometimes, even when the people around the affected individual notice symptomatic behavior, they want the person to just pull him- or herself together and maintain their critical role. The afflicted individual then lands in the unenviable position of having to say, “I’m not well,” or “I need help.” In life, stating one’s need for self-care can be immensely difficult and require great courage.

The truth is, asking for help leads to the best outcomes. This point needs to be emphasized--seeking help for mental health issues leads to the best outcomes, both personally and professionally. Clearly it is optimal to recognize the need for support, and to seek care, before the situation becomes critical. But realistically, sometimes (especially when you’re only 23 or 24 years old!) individuals first realize their deepest needs only in those critical moments.

It is truly best when people know the path that leads to help. At work that might be a human resources department or an Employee Assistance Program (EAP). Outside of work it might be some other well-known, fully verified avenue, such as a group of therapists like The Counseling Center.

Michael Phelps, having joined the ranks of sports commentators with a particular bent toward mental health awareness, spoke about Biles, and athletes in general, saying, “They're human.” The idea of valuing human frailty over unfettered pursuit, of honoring good mental health above winning at any cost, is one to take to heart. American culture tends to reward being the best and the strongest, to praise exceptionalism. Perhaps as products of that culture we cannot let go of that mindset entirely, but perhaps we can begin to acknowledge that being vulnerable is also part of being human.

The Counseling Center in Bronxville offers therapy with individuals and couples, through in-person, video platforms or telephonically. 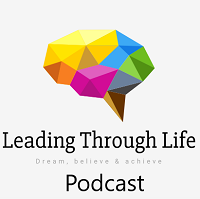 The Bereavement Center of Westchester

The Maxwell Institute of St. Vincent's Westchester offers outpatient chemical dependency treatment and education services for adults, adolescents and their families. Treatment includes individual and group psychotherapy, couples counseling, and psychiatric evaluation and medication management when indicated. The Institute welcomes individuals and family members who are experiencing marital and/or work-related distress as a result of alcoholism and other forms of chemical dependency.

The Maxwell Institute also offers community education services through its programs in drug and alcohol prevention in the schools. For persons wishing to become credentialed alcoholism and substance abuse counselors (CASACS) in New York State, the "Maxtrain" program provides the 350 classroom education hours that are an important part of the credentialing requirements.

The Maxwell Institute is grateful for the support of The Community Fund of Bronxville-Eastchester-Tuckahoe.

Founded in 1971, the mission of the Counseling Center “is to provide a wide range of psychotherapeutic and counseling services to individuals, couples and families by a staff of highly trained, experience and dedicated psychotherapists.
Director: Virgil Roberson

Since 1994, Dr. Kanganis and Dr. Minoli of Bronxville Dental Care have been leaders in the dental community, providing exceptional dentistry to generations of Bronxville families. They have a long history of excellence and have earned a reputation built on trust, compassion, and dedication. Drs. Kanganis and Minoli believe in a conservative, holistic, and minimally invasive approach to dentistry. Bronxville Dental Care welcomes patients of all ages and offers a comprehensive range of services, including cosmetic and restorative dentistry, implants, and pediatric dentistry. Dr. Kanganis especially loves treating children. As a mother herself of two recent Bronxville High School grads, she understands the importance of helping children to feel comfortable during their visits, while earning their trust and teaching them to become active participants in their oral health.

Lawrence Hospital Center was founded in 1909 and is a 291-bed acute care facility with over 1100 employees and 400 physicians. It provides emergency care to approximately 35,000 individuals every year.   It became a designated New York State Stroke Center in 2006.  Its physicians provide expertise in virtually every area of medical specialty and include over 100 primary care physicians. And, Lawrence delivers about 2000 babies every year in the home-like setting of newly designed Labor and Delivery recovery rooms.

Outpatient services include diagnostic testing and laboratory services, ambulatory surgery options, and rehabilitation and sports medicine services. The Hospital has a Women`s Imaging Center where female patients receive diagnostic services in a private setting. Outpatient physical therapy, lymphedema therapy, speech and occupational therapy services are provided both on-site at the Hospital and at Lawrence`s satellite center, The Center for Rehabilitation and Sports Medicine, in Scarsdale.