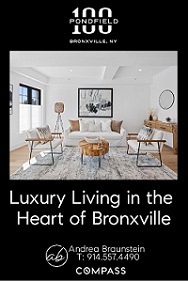 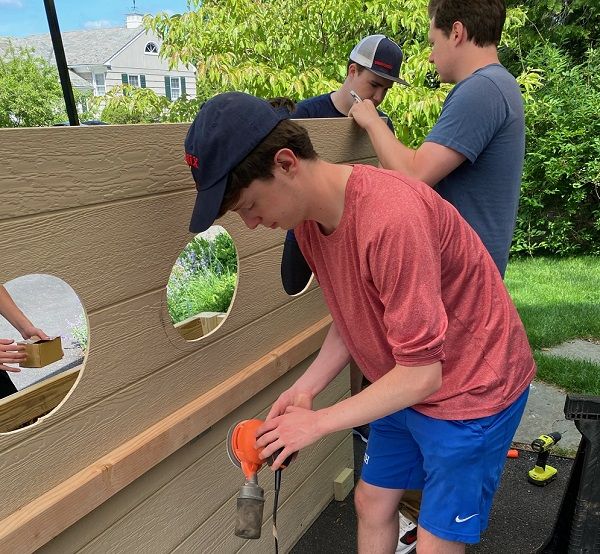 Pictured: Peter Vorbach working with his fellow Scouts on his Eagle Scout project

The trash receptacle removes a longtime eyesore at Scout Field. Users of Scout Field, especially dog-lovers who exercise their pets there, will now have a place to properly dispose of trash and dog waste.

Peter met with Mayor Mary Marvin and Village Administrator James Palmer while planning the project and securing the necessary approvals. Funding was provided by friends, family, and generous citizens of Bronxville.

After the installation, Mr. Palmer declared the project "Most impressive!" and offered Peter his congratulations.

Peter said, "I am so grateful for the support of Mayor Mary Marvin, Mr. Palmer, my Scouting Adult Leaders, my brother Scouts, my parents, and all the people who provided funding and encouragement. The way the Scouts worked together to get this project done was amazing."

The Eagle Scout Service Project is the final step before becoming an Eagle Scout, the highest rank in Scouting. Fewer than five percent of all Scouts attain the rank of Eagle.

Peter is a junior at Bronxville High School and was Co-Captain of the Varsity Squash Team this year. He has been involved in Scouting since the age of six and credits Scouting with helping him develop leadership and good values while enjoying many outdoor adventures with his fellow Scouts.