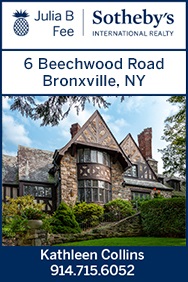 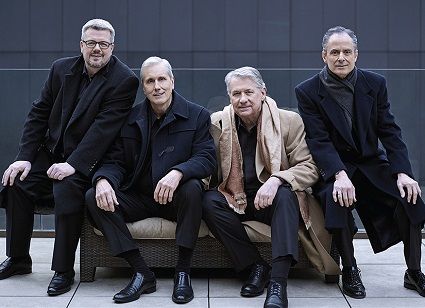 Nov. 4, 2020: To open the Hoch Chamber Music Series' 18th season, Concordia Conservatory presents the Emerson String Quartet. The concert will be broadcast on November 14 at 7 pm from the Sommer Center at Concordia College, New York.

The concert will feature movements from Robert Schumann's three String Quartets. The timing coincides with the Emerson's new release of Schumann quartets on the Pentatone label, a recording created at Concordia College's Sommer Center, a venue with notable acoustics.

The artistic power of Robert Schumann, whose life was dominated by alternating periods of depression and manic creativity, is particularly suited to these uncertain times. The music inspires and consoles the Emerson, and they hope to likewise inspire listeners on November 14.

The Emerson String Quartet stands apart in the history of string quartets, with over four decades of unparalleled achievement: more than thirty acclaimed recordings, nine Grammys® (including two for Best Classical Album), three Gramophone Awards, the Avery Fisher Prize, Musical America's "Ensemble of the Year," and collaborations with many of the greatest artists of our time.

With a repertoire that spans three centuries of chamber music, the Emerson also looks to the future by collaborating with today's most esteemed composers and premiering new works in their commitment to keeping the string quartet art form alive and more relevant than ever. Members are Eugene Drucker and Philip Setzer, violins; Lawrence Dutton, viola; and Paul Watkins, cello.

Lawrence Dutton has served as the Artistic Director of the Hoch Chamber Music Series for 18 years, creating a world-class chamber music series with an eclectic mix of repertoire and artists, pivoting seamlessly to a broadcast series beginning last spring. The November 14 concert will mark the Emerson's fifth appearance at the Hoch Series.

Tickets are available online at www.concordiaconservatory.org ($40 for adults and $20 for seniors) or by calling the Concordia Conservatory office at (914) 395-4507.

To join the Hoch Society for a private Zoom with the Emerson immediately following the concert, plus recognition in the program and credits, call the Concordia Conservatory office. 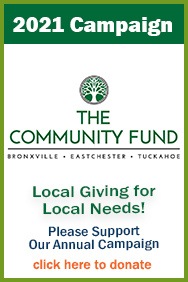