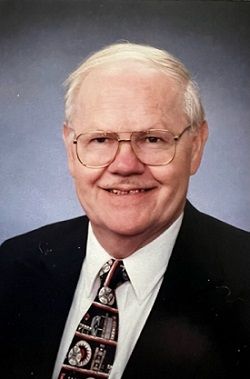 He earned two bachelor's degrees from St. Paul Concordia, Missouri.  He earned three masters degrees: Masters of Divinity and Theology from Concordia Seminary, Missouri and Master of Arts in Education from Washington University.  He received a degree of Doctor of Sacred Theology from Lutheran School of Theology at Chicago.

Very few people knew the Bible and God's word like Don.  He was a professor of Religion, Latin, Hebrew, and Greek and specialized in the New Testament.  He was a teacher and mentor to hundreds of future ministers for the Lutheran Church Missouri Synod and served the ministry for 60 years.

He invested over 41 years at Concordia College in Bronxville New York as a professor, department head, the DELTO Coordinator, and Atlantic District Vice President, and three years as the Principal for Concordia Prep School.  He preached over 100 services withing the New York City area including the Bronx, Queens, Westchester, New Jersey, and Connecticut. He was an adjunct preacher for 12 years at his home church of The Village Lutheran Church in Bronxville. He was also the senior pastor at Mt. Zion Lutheran Church, Harlem, New York for three years while helping them find their forever minister.

In 1991, Don was selected as a Fulbright scholar to study Islam in Pakistan for six weeks.  After his "retirement", Don went on as an adjunct professor at Concordia Seminary, St. Louis 2001-2008, served as an elder of St. John's Church Ellisville, MO (now called Pathway), and led dozens of Bible study groups at the church.

In 2011, Don wrote the book Keys to Revelation released by Concordia Publishing and available on amazon designed to help people better understand the last book of the Bible.

Don was driven by his faith and family.  He dedicated his entire life to sharing God's word and bringing it to life – through the classroom, his several tour groups he led through the Holy Lands, his mentorship as a pastoral advisor for Lutheran Church Missouri Synod (LCMS), and his day to day as a Christian role model.

He and his wife, Willie raised their three girls in Bronxville, New York.  In 2001, he retired in St. Louis to be closer to his nine siblings and his thirty+ nephews and nieces. First living in Ballwin before moving to Laclede Groves in 2010.  Is his spare time, Don loved bowling, shuffleboard, card games, and cheering on his favorite St. Louis Cardinals.

Don was preceded in death by his parents, his brothers Clint, Gib, Elmer, Bill and Ed, and his sister Lily Oches. Don is survived by his wife Willie of 61 years, their daughters Lori Lucas (Victor), Dr. Judy Miesner (Tom Macedo), and Ami Anderson (Scott), and three grandchildren Corey Miesner, Cole and Tess Anderson and his sisters Vera Ruesler, Ruthann Shannon, and Arlene Lohmann.