From the Mayor: News from the New York State Conference of Mayors 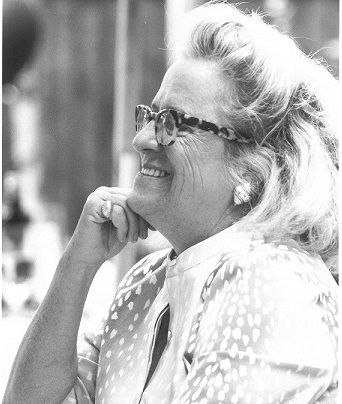 Jan. 18, 2022: As is custom, I begin every year as the new legislature convenes in Albany sharing the initiatives/wish list of Mayors throughout the state as compiled by the New York State Conference of Mayors (NYCOM) of which I am an active member.

The following are the top priorities culled from an extensive list.

-The reimbursement of state tax revenues back to municipal governments. Return of tax dollars to local governments is essential to the strength of our communities, the retention and hopeful growth of New York’s dwindling population base and most importantly the lowering of the property tax burden on our residents.

Though hard to believe, for the past 14 years, New York State has failed to increase this essential reinvestment. As you are all aware, this neglect has led to ever increasing municipal tax burdens and in many communities, a harmful disinvestment in essential services.

Over the same period, school aid has increased by more than $6 billion, well exceeding the rate of inflation. State mayors are looking for something not even close to parity. As example, just a cost-of-living adjustment to the current $75 million in this program would require a $270 million infusion or a 38% increase.

-Since 2017-18, the state has provided millions of dollars in grant money to a variety of programs under the aegis of the Clean Water Infrastructure Project. Unfortunately, the program was constructed skewed toward emergency aid. Funding is not readily available for upgrades or preventative maintenance. Rather applicants need to demonstrate an emergency situation and not simply the need to prevent an emergency. Essentially, the program requirements defy logic.

The Mayors’ Association supports establishing an annual funding stream that could be used by all cities and villages to supplement both water and sewer infrastructure preventive maintenance costs. To make it fair and formula driven, every municipality could receive an allocation based on the amount of water and sewer pipelines owned and maintained by the community with special emphasis on storm water and sanitary sewer systems. As is evident, Bronxville could so benefit from a restructuring of this program.

-The Mayors have asked, for a decade now, to remove the tax cap disincentives for economic growth by amending the text of the current statute to exclude from the cap municipal expenditures on public infrastructure just as public schools and the State itself have done from their respective caps.

-NYCOM supports amending the bail law to allow public safety considerations in bail determinations and increasing the number of offenses that are bail eligible. The Mayors request that judges be allowed to consider an expanded list of criteria so that they may undertake a comprehensive and balanced assessment of “dangerousness” which is a determining factor in every other state when making a bail determination.

In addition to the above-mentioned items, Governor Hochul announced in her recent State Inaugural Address certain statewide initiatives which often result in bills as they are a guideposts for the direction that she would like the Assembly and Senate to take. Since both houses are of her party, there is a high probability her priorities will be entertained/enacted.

One of her signature efforts is establishing what is called the New York Housing Compact. The goal of this initiative is to build 800,000 new homes over the next decade with local government participation required.

For those of us living in the area so designated “downstate” and qualify as a municipality served by the Metropolitan Transportation Authority, we will have a 3% new home requirement over the next three years. By comparison, in upstate counties, the new home target will be one percent over three years.

In addition, the Governor proposes a new fast track approval mechanism directed by the State that will allow for mixed income multifamily projects in localities that do not meet their target numbers in the three-year window regardless of local zoning and regulations to the contrary. The plan is to create a new appeals process at the state administrative level through the court system to provide these approvals where localities do not.

Bronxville would also fall under the Governors additional housing initiative called the Transit Oriented Housing Development, where communities must rezone the area multifamily development within a half mile of a Metro North station. Given the small size of our Village, this would encompass a significant portion of our housing stock.

To encourage the inclusion of affordable housing as part of this new growth/density program, affordable units will be assigned extra weight in the calculation of a community’s progress towards their mandated goals.

To expedite rezoning and development of these new homes, specific relief from the environmental review process will be included for the homes subject to the Transit Oriented Development proposals.

Needless to say, a program of this enormity would have a major impact on all Village institutions.

I currently sit on a housing committee of the New York State Conference of Mayors and will be heading to Albany in early February to learn more about these programs as it is expected that the specifics will be revealed in the Governor’s budget to be released on January 31st.