From the Mayor: Interesting Facts about Bronxville 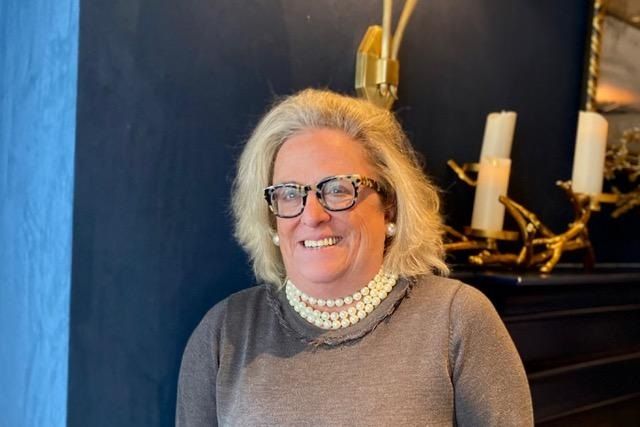 Jan. 4, 2023: I thought I would start the New Year off on a fun and uplifting note by sharing some interesting facts about our very special community.

Our Village functioned for its first year of incorporation in 1898 with no ordinances. The very first ordinance, which followed the next year, protected us from public nudity, brothels, saloons, gambling, riots, and profane language.

Other first-generation ordinances prohibited ball playing on Sunday, “hallooing or yelling after dark” and gunfire between the setting and rising sun. (Apparently, daytime gunfire was acceptable!)

In a bit of aspirational thinking, fire escapes would be required on all opera houses, but churches were exempt.

In 1899, homes could be built with no notice to the Village and without regard to size or placement on a lot, as it was not until 1922 that our first zoning ordinance was enacted.

Our early post office was staffed by two post mistresses, maiden sisters who carefully read everyone’s postcards and magazines, and if they thought the information of some urgency, they dispatched  local boys to share the messages of often upcoming appointments in New York City that they didn’t want residents  to miss. Needless to say, they were deemed, according to the history books, as “authorities on all Village news.”

Our first school, built in 1870 on Pondfield Road looked no different from rural wood structures of the period - a little red wooden building with a cloakroom and a potbelly stove. Parental involvement in a PTA has always been a signature trait in the Village and it was no exception at these early meetings as many of the minutes concentrated on the contents of motion pictures, fearing not only a negative impact on our community but more importantly, a deleterious effect on our diction.

At the turn of the 20th century, we were also home to an insane asylum, the Vernon House Retreat near the intersection of Pondfield and White Plains Roads. Limited to just ten patients, one could be treated for, “mental and nervous diseases and cases of habit.”

Our hospital and nearby Sarah Lawrence College were thanks to the generosity of our Village founder, William Van Duzer Lawrence.

In 1908, Mr. Lawrence‘s son, Dudley, was stricken with an appendicitis attack that would be fatal without an operation. He was transported on a baggage car attached to the first train heading south from White Plains. Furnished with a box spring and mattress from the family owned Gramatan Hotel, he lived after a 12 hour ordeal. Wishing this on no one else’s child, Dudley‘s father contributed $250,000 to inaugurate a hospital capital campaign.

Monies were supplemented by the performance of a “pageant” at Sagamore Park to which thousands attended, including the then sitting governor, Charles Evans Hughes. Lawrence also envisioned a junior college for women and enlisted the help of the Vassar College President, Dr. Henry McCracken. Named after his beloved and recently deceased wife Sarah, the first Board of Trustees of Sarah Lawrence College was actually the same folks as Vassar College.

We had essentially the exact same population - approximately 6500 residents - in the 1930’s as we do today.

Stores were closed on Wednesday afternoons and a home valet truck patrolled the Village sporting a sign, “Would you spare your appearance for $.50?” If not, a gentleman would come to your door and iron your rumpled suit.

In 1928, in honor of its 25th jubilee, Saint Joseph’s beloved pastor, Father McCann, was treated to an around the world trip thanks to donations from the entire Village.

Held at the Gramatan Hotel, Miss Caroline Covington, proprietress of the Miss Covington’s School of Dance, started each class off with the sound of castanets and stopped immediately if “wallflowers” were minus a partner.

The Bronx River was actually rerouted and the Village border changed to accommodate the original construction of the Bronx River Parkway.

There are 1356 parking meters in our Village and they all work . (most days!!)

The Village has no County roads and only one state road, Route 22.  It is only Route 22 that cannot be repaved or upgraded by the Village’s capital plan.

60% of our residents live in single-family homes or townhouses while 40% live in co-ops, condominiums or rentals.

Approximately 26% of the Village is tax exempt.

The original soil at the Alfredo Fields, near Siwanoy Country Club, was sold and trucked to Queens for the Worlds Fair in 1939.

With the exception of the Hasidic Village of Kiryas Joel in Orange County, Bronxville is the only community in New York State that is co-terminous with its school district with the municipality issuing both school and Village tax bills.

The overwhelming majority of Village housing units, (72%), were built before 1939.

Clearly, we have always been a unique community and Trustee William Kraft early envisioned even greater things for us, writing on Village stationary that, “In the course of time, we will have one of the finest Villages along the line.”